First off, the electric bikes that Ampersand is selling are cheaper. On average, riders will save $300 against some of the cheapest gas-powered bikes out there. Additionally, the bikes are quieter, which means it’s easier for riders to take calls, which help support their business. The lack of noise also impacts rider fatigue, allowing the riders to make more trips in a single day. According to the company, an Ampersand rider can take home $4.40 each day whereas a comparable petrol driver will take home $1.60 per day.

Riding electric also reduces emissions considerably. According to the company converting 30,000 motorcycles to electric would save 157,000 tons of CO2-e each year. The move to make the motorcycles electric makes total sense and it will be cool to see this develop. It’s interesting to me that these converted bikes are actually cheaper to buy than the gas-powered counterparts, especially because it’s the exact opposite in other parts of the world. 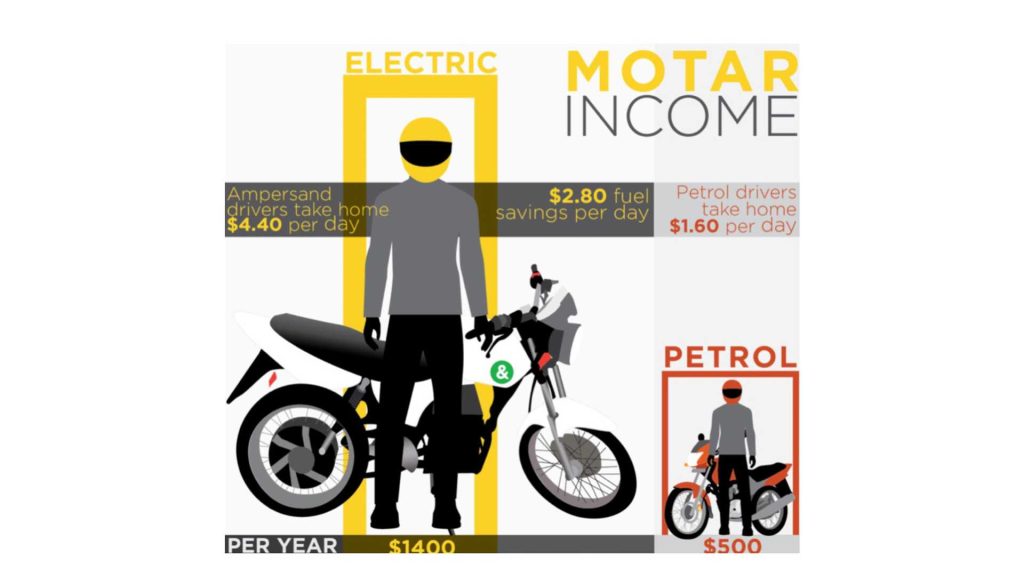