With the delayed start to the 2020 MotoGP season, they have nonetheless achieved three victories, two through astonishing rookie Fabio Quartararo and one via veteran Franco Morbidelli. This is both due to the quality of talent they secured for the team, as well as the fact that Yamaha works closely with Petronas Yamaha SRT, even providing close-to-factory-team quality bikes of the same model year as the factory team.

And this team closeness only grows closer, as Yamaha has revealed a special limited-edition YZF-R1 that will wear the team colors and some extremely special upgrades to the motorcycle to differentiate it from its “normal” cousins

While MotoGP technologies usually do trickle down to the road bikes over a few years, by the time the tech reaches the road, the on-track bikes are already years ahead. Not so with the Petronas YZF-R1.

First and foremost, the bodywork and fairings sport some of the current YZF-M1R’s aerodynamics, including the winglets. The headlight slits have been filled in, and are painted in black and Petronas teal. The tail section is short and cut down, and the tank is sculpted to imitate the racing bike.

And it’s not just on the surface that the bike receives racing tech. Partnering with Yamaha Austria Racing Team (YART), the fairings are fully carbon fiber, as well as the bike receiving racing footpegs, a quick-action throttle, and a race-tuned ECU. 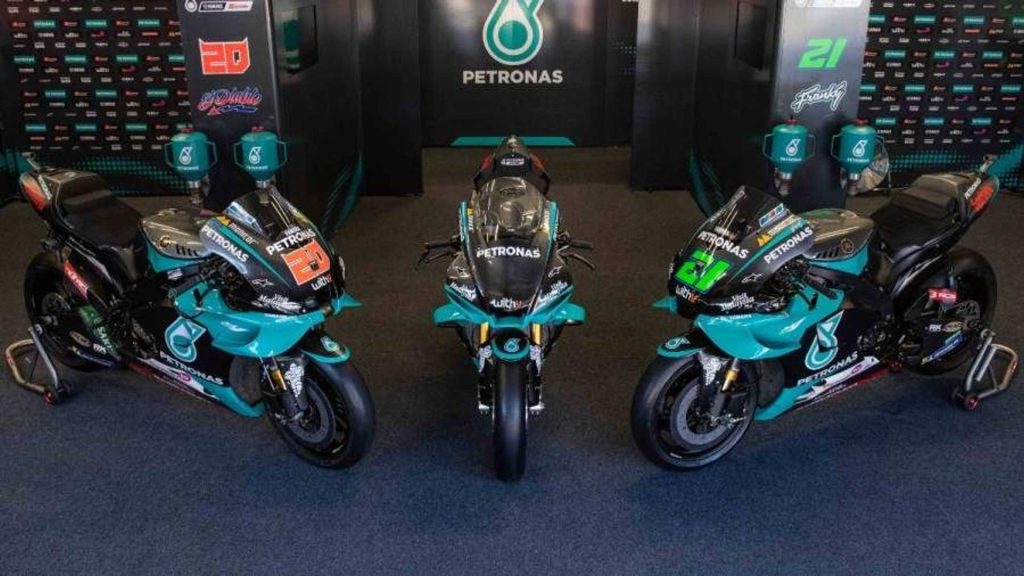