Triumph, despite having a bit of a bad Monday yesterday with the issue of two recalls, is having a much better Tuesday as they have officially unveiled the design prototype for the 2021 Triumph Trident.

The Trident is the newest roadster style standard that Triumph has designed in quite a while, and will be powered by what else but an inline triple.

According to Triumph’s information page on the new Trident, it has been in development for four years. The concept, from the very beginning, was to provide a new bike that would carry the torch of Triumph style, but also represent a more modern take on the attitude of the styling.

Italian designer Rodolfo Frascoli was responsible for the angular look of the swingarm, the classically British sharp front rake angle, and the high back tank. Previous efforts with Frascoli have included the Tiger 900 for Triumph and the new Katana for Suzuki, and both of those can be considered design wins.

As well, as Triumph wants the bike to carry the ethos of the company to a newer and younger type of rider, the bike eschews the classic bench seat and mid-forward pegs. Instead, it has a whiff of a streetfighter about it, despite being classed as a roadster, with mid-mount pegs and a much more aggressive handlebar angle. 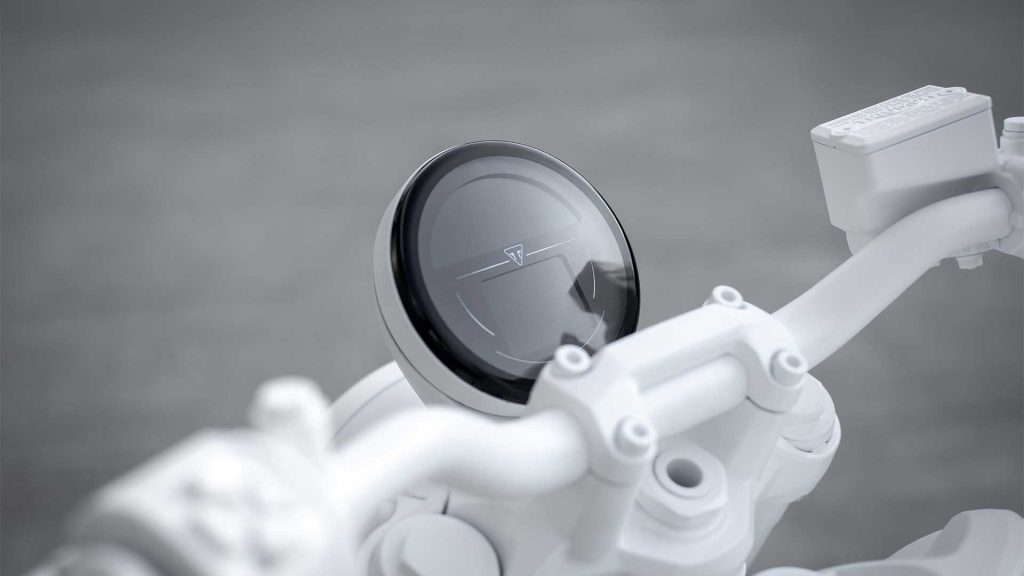