It Ain’t American if it Ain’t Cammed

Harley-Davidson Motorcycles are synonymous with heavy modifications and a wicked amount of aftermarket parts support. When many riders buy a Harley-Davidson, they understand they are signing themselves up for a lifetime of customization and personalization of their bikes. It’s ironed into the culture, nobody can’t help it.

If you happen to own any of the new Harley-Davidson motorcycles that feature their new Milwaukee 8 ‘big twin’ engine, you’re probably thirsty for the next round of aftermarket parts support to kit your bike with. The dark side (trade-off) of buying a newer motorcycle model instead of a tried-and-true pre-established model is the lack of parts and modification support.

S&S Cycles is bringing you a fresh cup of water for that desert-like engine component thirst with their new 590 camshafts for Big Bore M8 models.

The M8 was designed with H-D customization greatness in mind and is more than happy to accept stroker cranks, big bore kits, lifters etc. The 590 cam is designed to seamlessly integrate with S&S’ 131″ stroker kit and any other bore combinations you may have selected for your bike (but is not recommended for stock bore engines). 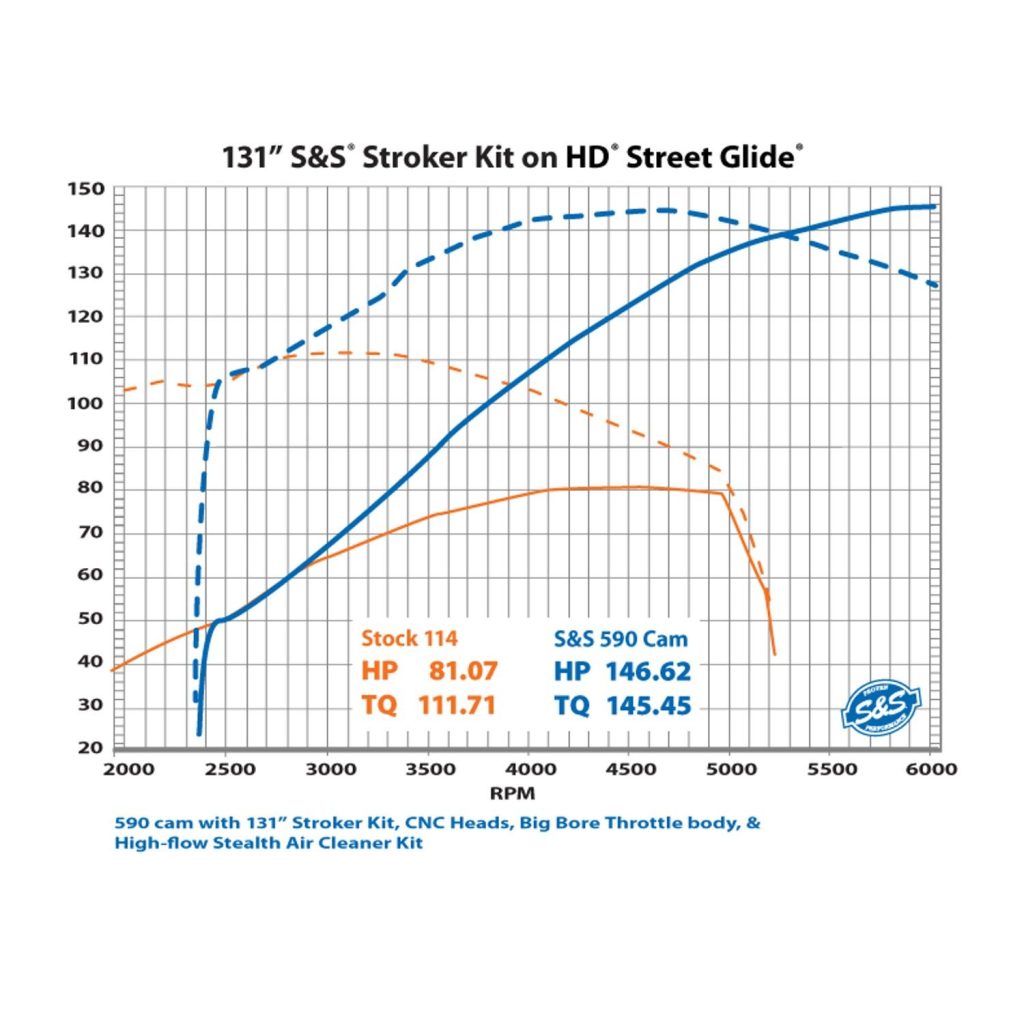 The camshaft upgrade claims to bring your horsepower up to 146, with torque increases seeing the 145 lb-ft range as well. That’s a lot of power. Ride the lightning.

The cam upgrade is available on S&S cycles official website with a price of $193.95 USD.