Just as we thought, Honda did indeed have plans for a Scrambler version of their highly successful H’Ness CB350 that was released in India, and GB350 that was for Japan. Honda India took it upon themselves to punch a hole in the proverbial news ship and blast off some press photos of the new CB350 RS to local media outlets with the context of a February 16th announcement in store.

Well, today is the sixteenth, and now we have images and details about this ‘scrambler’ version that we were guessing about months ago.

The CB350 RS is going to be a scrambler re-skin of the preexisting CB350. If the styling of the current CB350 isn’t for you, now Honda will have one (or more… We’ll see) variant(s) so you can shake things up with a new look.

The original CB seat has been dropped and Honda opted for a flat off-road-style saddle. This new seat will be the main area of focus that your eyes will naturally pull towards when asking yourself, “what makes this bike a scrambler, exactly?”. 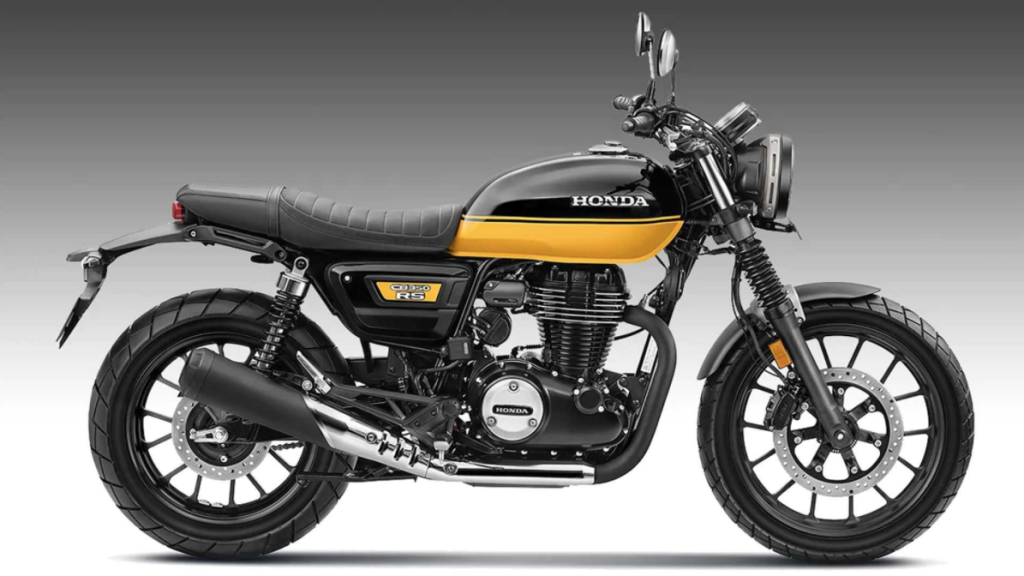 Beyond the seat change, a skid plate has been added under the engine area for added protection (and style!), the exhaust has been revisited and now features a new angle as well as a heat shield, the forks have been covered with a sleeve and the rear fender has been streamlined with the inclusion of a new mudguard instead. The wheels have also shrunk an inch or two to accommodate some bigger tires to complete the scrambler look.